Mike Haschel– Mike was a 4-year letterman in both cross country and track during his career at Winamac High School. He won four individual sectional championships and two regional championships in cross country and was the sectional champion in track in the 3200m race.  Mike was a three-time state qualifier in cross country and placed in the top five in all three appearances at the state meet; with a his best finish as state runner-up in 2000. He still holds the 3200m record in track and the 5k record in cross country for Winamac High School. Mike went on to run cross country and track at Indiana State University, where he was the top ISU finisher at the NCAA Great Lakes Regional in 2003. He has also qualified and ran in the Boston Marathon in 2013 and 2014. Mike is currently working as an I.T. Professional and living in Winamac with his fiancée, Emily, and her sons, Calvin and Will.  His fondest memories as an athlete at Winamac are the fantastic support he had from his coaches, family, friends and the community; as well as training with his coaches Jerry Jones, Jeff Beach, Jim Hanus and his father Rick. Mike states, “There have been major bumps in the road during my life, but the lessons that were taught have transcended the playing field to today”. 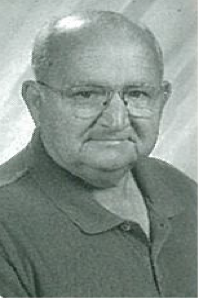 Dave Kroft – Dave taught at Winamac High School for 37 years and during that time was one of the most significant contributors to the Winamac Athletic Department.  He was a track and cross country official/starter for over 20 years and was the transportation volunteer that was responsible for getting teams safely to their away games. Dave also ran the clock at all home football and basketball games for 20 plus years.  He was also in charge of making sure the baseball and football fields were always mowed, fertilized, watered and painted for 37 years.  His meticulous care and hard work towards the football field made it one of the best looking fields in the area during his tenure. Dave was also the FFA Program Director at Winamac and an avid supporter of the Athletic Booster Club. Unfortunately, Dave passed away in 2005.  Dave was very encouraging to all of our athletes at WCHS and his dedication to helping out in areas that usually go unrecognized will always be appreciated and never forgotten.  His wife Linda and their three sons Kirk, Kent and Kole are all here tonight to accept Dave’s plaque. 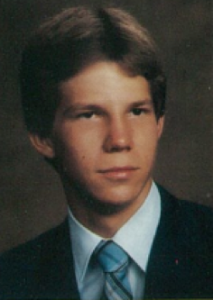 Rob Malchow– Rob was a three-time letter winner in basketball and track while at Winamac High School.  During his senior year, he became only the 2ndplayer in school history to score over 1,000 career points (1,129 total points). Rob’s single season scoring record of 621 points still stands today.  This was all accomplished before the introduction of the three-point line. He was a member of the sectional championship team his senior year and went on to face #1 ranked Michigan City Rogers in the regional.  Rob went on to play college basketball at Southwestern Michigan and St. Xavier University. He has continued his involvement in basketball by coaching both the girls’ and boys’ varsity teams at Rochester High School.  During his coaching tenure at Rochester, Rob has won one sectional championship in girls’ basketball and 4 sectional championships with the boys’ team. He also led his team to one regional and one semi-state championship on their way to a class 3A State Finals appearance in 2009. Rob currently teaches at Rochester High School and farms in his spare time. He lives in Star City with his wife, Wendy, and two daughters, Abbie and Becky. Rob’s fondest memories of high school are winning the basketball sectional in 1984 and having the opportunity to play for some outstanding coaches and even better teammates. 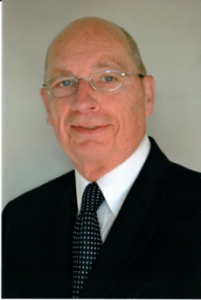 Jim Swaney– Jim spent forty-one years as a teacher and coach, with twenty-five of those years spent at Winamac High School. During those twenty-five years, Jim coached baseball, softball and girls basketball. He won one conference championship as varsity baseball coach.  During his twenty-four years as girls’ varsity basketball coach his accomplishments include:  19 Midwest Conference titles, 10 sectional championships, 2 regional championships and 395 wins (432 career wins overall).  Coach Swaney’s teams also ran off a 70-game regular season winning streak that may never be matched.  He has also won numerous Coach-of-the-Year awards in both the MWC and the Indiana Girls’ Basketball Coaching Association. Jim has three children: Darren, Chad and Megan. He is currently retired and living in Walker, Michigan with his wife Robbin.  Jim’s fondest memories are being able coach such great young ladies, working with great assistant coaches and administrators, having a great group of parents to work with, the student cheer block at all of the games and all of the tournament victories the teams had.