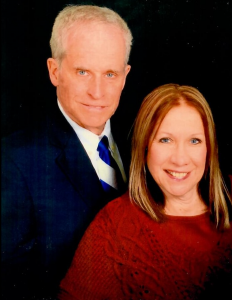 Mary and Martin are being inducted into the Winamac Hall of Fame as contributors. Mary Finley attended Winamac High School, where she was a cheerleader for four years. After graduation, she attended Ball State University. Martin Finley is a graduate of LaPorte High School and attended Indiana University. They married in 1987 and eventually moved to Winamac. Martin was a Wendy’s franchise owner for thirty years and is currently retired. Mary and Martin have been described by many as “two of the biggest fans and supporters of Winamac High School and Athletics”. Their generous donations over the years   have helped purchase equipment, upgrade our facilities and support all of our athletic teams in general. They do all of this without any desire for recognition, which makes their generosity even more sincere. Mary and Martin can be seen enjoying numerous athletic events and supporting Winamac student-athletes. Their fondest memories are watching their nieces and nephews participate in Winamac Athletics. 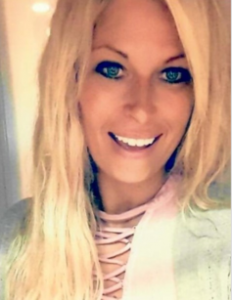 Christina Pugh, also known as “Bubba” to all of the Winamac Community, was a golfer at Winamac Community High School for all four years of her high school career. She was a four time Midwest conference champ, sectional medalist twice, qualified for regional four times, and was a state qualifier three times. In 1998, Christina was a state finalist and placed 28th. She is the only female golfer at Winamac Community High School to ever be a state finalist. Her team won conference in 1998,1999, and 2000. In 1999, she set the nine hole female record with a score of 36. Then, in 2000 she broke the 18 hole record with a score of 78 (both records were previously held by her sister, Emily). Christina was a member of the team that set the 18 hole team scoring record of 358, which still stands today. Her favorite memory from golf was playing with Fuzzy Zeller’s daughter in the 1998 state finals and the whole crowd following them. Another one of Bubba’s favorite memories was spotting her coach, Sharon March, hiding in the ditch because she didn’t like when Sharon would watch her play. To top it off, one of her favorite memories was beating her sister, Emily’s records.  Coach March described her as a good leader and always willing to help her teammates. Christina Pugh graduated from Winamac in 2001, and then proceeded to graduate from Rudae’s beauty school in 2002. Christina now has two beautiful kids, Gram (14) and Rylie (8) and is the owner and operator of Studio 218 here in Winamac. 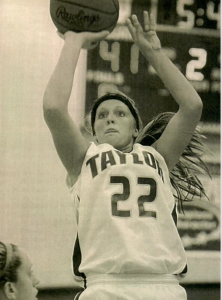 Erika was a three sport athlete at Winamac Community High School. She participated in volleyball for 4 years, basketball for 4 years, and softball for 4 years. In volleyball, she was the conference MVP in 2008, 1st team all conference for 3 years, the volleyball Team MVP her junior and senior years, and she’s the all time leader in blocks with 453. In basketball, she made all conference for 3 years, all Logan-land for 2 years, conference MVP in 2009, and was on two sectional championship teams. Erika scored over 1,000 points for her basketball career. She also holds the single game and career rebound records. In softball, she received All- Conference in 2009 and was also named Conference MVP. She is second in slugging percentage with .816, and fourth in season batting average with a .461 and fifth for RBI’s in a season with 32. During her softball career, Erika is fourth in career RBI’s and fifth in hits. When she pitched her senior year, she recorded 137 innings and 140 strikeouts. In 2008, Erika was named the WKVI Tyler Roth Athlete of the Year. Erika continued her basketball career at Taylor University, where she put her name in their record books as well.  Some of her accomplishments include 22 straight double-doubles, 1,187 career points, and 561 career rebounds. She earned numerous team and conference awards during her career at Taylor University and graduated with a Bachelor’s degree in Exercise Science. Erika’s fondest memories of high school sports were all of the special teammates, coaches, and fans she played with and in front of. The support she received throughout her career and playing in such an awesome atmosphere made her grateful for the time she spent at Winamac. She currently lives in Greenfield, Indiana with her husband, Jake Bryant, and two kids, Kinsley and Ellie. Currently, she is an insurance agent and working on her nursing degree at Marian University. 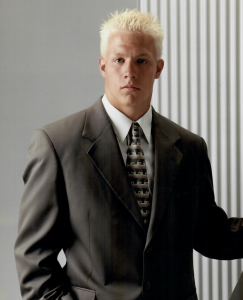 Tyler  Roth was a four-sport athlete at Winamac High School. He participated in football, basketball, track, and baseball throughout his high school career to earn 10 varsity letters. During his high school athletic career, he racked up many accomplishments. He was recognized as a member of the North-South All-Star team in football, he was All-Conference in 2 sports (football and baseball), voted Mental Attitude winner for basketball his senior year, an Honorary member of the North-South All-Star baseball game in 2001, named All Loganland MVP in football, All State for 2 years in football, and set 13 school records in football during his career (many of which stand today). The MVP Award for the North-South All Star Game is named in Tyler’s honor. Mr. Patrick Schuttrow created “The Tyler William Roth Award” that is chosen for “outstanding excellence and achievement in drama” on Tyler’s behalf. On top of all of those awards and identifiers, Tyler was also the Student Body President at Winamac Community High School. The WKVI Athlete-of-the-Week and Year awards are named in Tyler’s honor as well. The Victory Bell on the football field was donated in Tyler’s honor and is rung when any Winamac football team is victorious. Tyler was also a ten year 4-H member of Pulaski County and lifetime member of St. Peter’s Catholic Church.He made a huge impact on everyone that he came in contact with. His teammates remember being there to watch him make history and set records that are still in play to this day. He was the definition of a “quiet leader”, and exemplified hard work and dedication in all he did. Tyler’s fondest memories were no doubt the times he spent with his teammates competing in practices, as well as games and winning the school’s 1st regional championship in football. Unfortunately, his time was cut short when his life was taken in an automobile accident a week after his high school graduation. Tyler is still a symbol of the true Warrior Spirit that exemplifies everything that WCHS strives to instill in its students. Even over a decade after his passing, his legacy continues to live on and influence WCHS, whose students still see him as a role model, using his influence as something to strive for.